As water Re-invents itself it evaporates into the air, connecting the earth to the sky, and falls back again as rain that gives us life. Similarly, information finds its way to us through various media. Information never ceases to flow and transform, connecting us across the world through unfamiliar networks. We are immersed in infinite streams of information, yet often realize no more than the ripples that appear on the surface. As individuals, we can only influence the direction of the ripples. But as the unfamiliar networks form, our influence gains value and magnitude.

As visitors follow the sounds that pulsate from the center of the chamber they influence the flow of visual ripples from one window to another with their movement until they rise to a flood as the sound and light in the space reach a climax. Projection windows are linked together to transport the visitors visually to a world of water while hidden sensors allow interaction with the projections. The sounds of that world are made through a live electro-acoustic performance on a spatial sound system. The sound artists manipulate the analog sounds of an electric guitar, a trumpet, and the human voice through digital effects and send them in three-dimensional paths across the space. Suddenly an unannounced subtle performance unravels when the actors mix among the audience and move unexpectedly while interacting with the sounds and visuals of the space, bringing all the elements of this experience together. 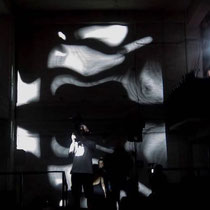 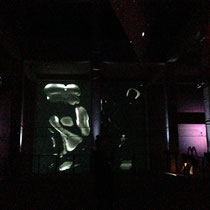 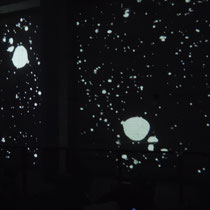 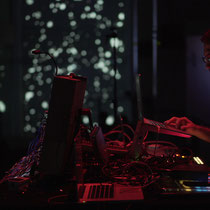 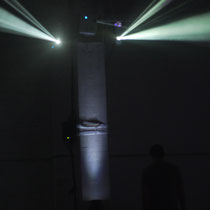 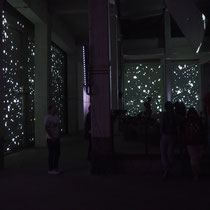 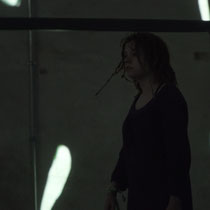 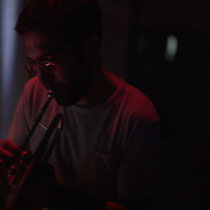